A trip down to Popham is always a nice day out, but this was the end of their bank holiday weekend event with aerojumble, classic cars and vintage fly-in.  As a strut member I messaged the guys and 2 other aircraft joined us. 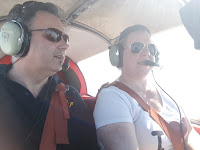 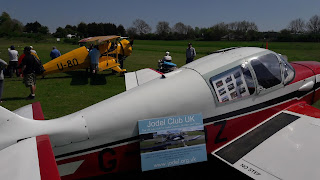 We arrived in DZ in a quiet bit - I really was expecting to follow half a dozen aircraft in circuit but I think we were early enough to avoid the rush!  A lovely welcome again, last time we were here was the end of season fly-in and its always so organised & relaxed. 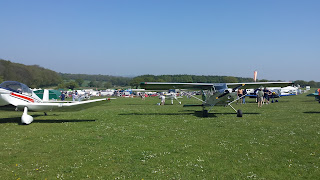 After parking up we met up with one of our strut members, Ian Melville who had just arrived in his 70 year old Vagabond.  Then off for a wander around the stalls, mainly books but some other memorabilia as well.  Hog roast bun for lunch and then off to drool over the amazing classic cars. 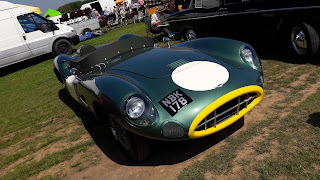 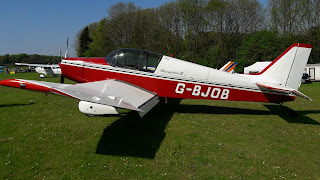 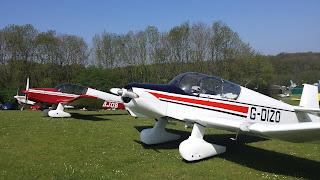 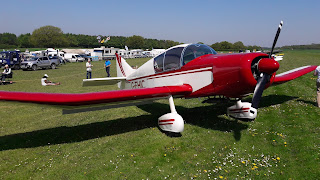 An ice cream later and it was time to head back.  On our way walking to the clubroom we met up with our other strut member, Colin Hughes, who'd arrived in his Jodel D119 (oops, no photo!).

By then a large number of aircraft, many vintage, had turned up so a slow wander down the flightline to get some photos.  We met some pilots who had just arrived from south Germany especially for the event, and then had a chat two customer Border Force officers  - nice to see these guys enjoying the event, they were very informative and enthusiastic about flying too. 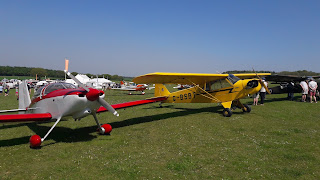 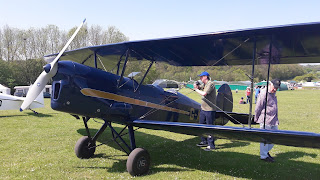 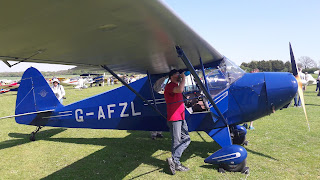 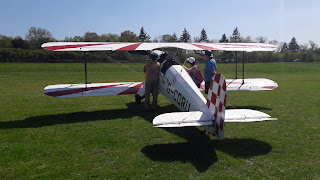 Leaving a bit later than planned we lined up and headed off into the beautiful blue skies back to Enstone.

Great day, lets hope for more of them this summer! 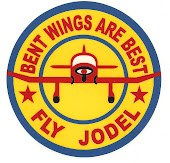